Projects > how thick is a border? 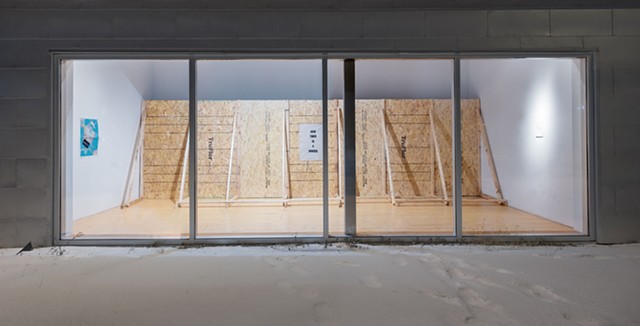 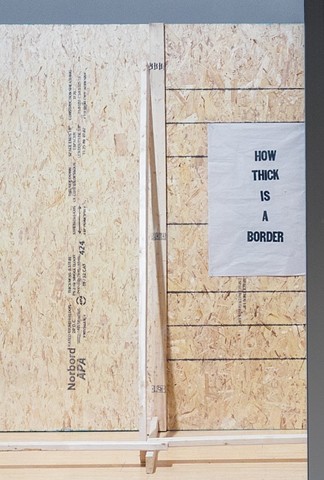 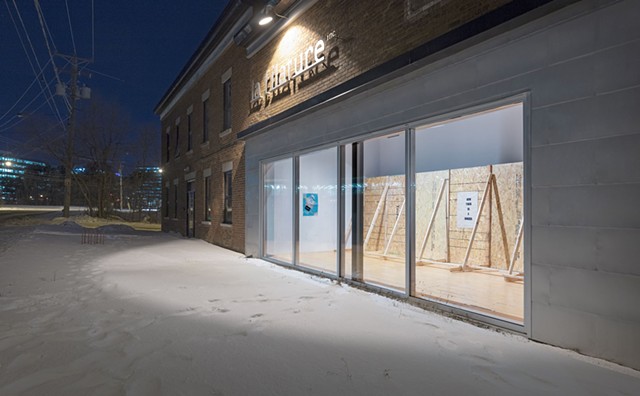 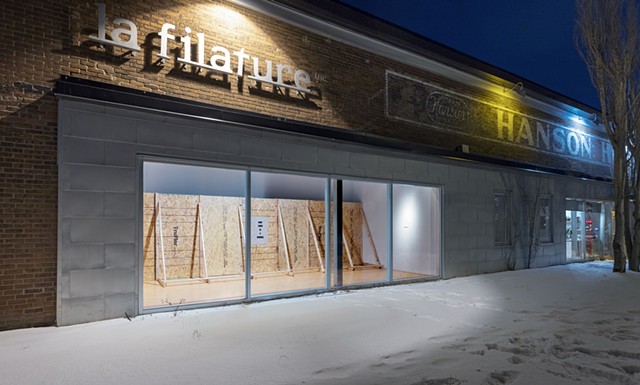 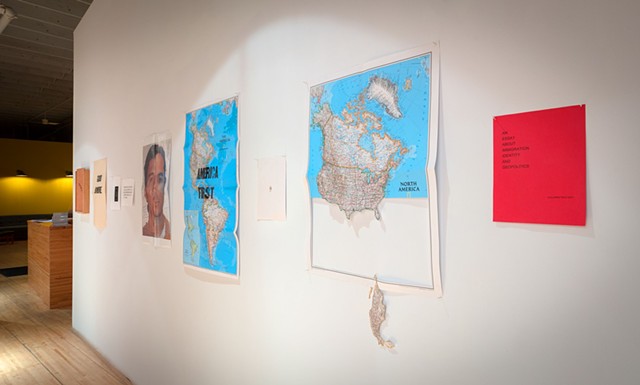 How Thick is a Border? During his election campaign, US President Donald Trump committed to building a wall between the USA and Mexico. While there already exists a series of walls and fences between the USA and Mexico, Trump’s insistence on a grand physical barrier has reignited discussions about the movement of peoples, both legal and illegal, between these two countries. Most recently, we have seen Trump and his administration separating Mexican, Central American and South American families at the border, placing children into detention camps, and refusing entry to the “migrant caravan” which arrived at the US-Mexico border, seeking asylum.

In How Thick is a Border? (2018) a new installation at AXENÉO7, Mexican-Canadian artist Guillermo Trejo has fabricated his own wall, made from plywood and painted black. His construction not only references the border between Mexico and the USA, but speaks to borders and barriers globally. This installation questions the seemingly arbitrary and often violent ways in which we create, maintain and police borders.

As political historian Benedict Anderson has argued, nations exist as “imagined communities” where those within its boundaries imagine a shared understanding of belonging that is shaped by political, cultural and religious institutions. This imagined solidarity enables the government to rule and, in the name of nationhood, exercise power and control. A border thus seeks to separate “here” from “there”, and “us” from “them”.

Much of Trejo’s work incorporates text, partly due to his exposure to a letterpress at the Ottawa School of Art, and partly due to his hesitation to reclaim and employ images and experiences that are not his own. Trejo uses the rhetoric and simplicity of the political poster often associated with left wing politics as seen in the posters by the Mexican group taller de gráfica or the posters in Paris in May ’68. His texts are usually abstract allowing the viewers to come to their own conclusions and connect with the words in their own way. His use of posters speaks to both the power of mass distribution, as well as the power of words. Here, the words. How Thick is a Border?, draw attention to the seemingly absurd idea of marking territory and claiming sovereignty. The complexity of nations, politics and the movement of peoples between places is addressed in a poetic manner, a theme that runs through much of Trejo’s work. The poster is partly obliterated on each side as the constructed wall, which acts as the threshold, the divider and the blockade, runs across it.

Inspired by the images of the Brutalist and Constructivist-looking designs for Trump’s Mexican-US border wall, Trejo’s construction helps to remind us about the power we have given borders as an imagined divisory line that continues to reinforce “them” from “us”. — Anna Khimasia