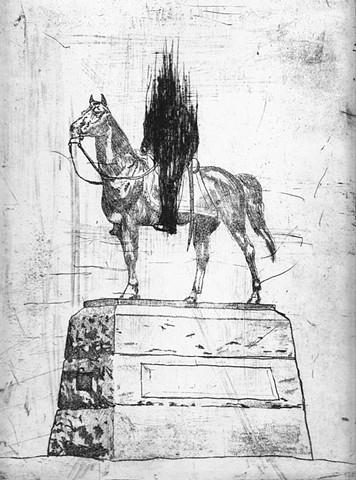 A consummate printer, drawer, and bricoleur, Guillermo Trejo consistently engages with the tropes of High Modernism to query its utopic reliance on utility, formalism, and geometry. Born in Mexico City, Trejo Moved to Ottawa in 2007 and has since developed a practice that is informed as much by his physical experience of immigration as it is by the conceptual notions of distance, acclimatization, and dis-orientation. Through his work, Trejo adeptly juxtaposes politics and protest with theories of design and aesthetics, re-positioning iconic imagery, symbols, and fixtures as propositional, and at times provisional, ways for understanding specific moments in his-story. Trejo employs rudimentary materials like cardboard, raw wood, and newsprint paper, which he has pressed, folded, and carved into alternative, new objects. Inspired by notions of self-sufficiency, here the artist creases and collapses the idiom of form following function, to demonstrate the fallacy of its Eurocentric lineage.